It's been another crazed week. A raft of back-dated posts I've been too preoccupied to publish in real time will follow.

Our visitor over the weekend was Ray Brassier, the esteemed author of Nihil Unbound. We hit it off right away - he's a very cool cat. Currently teaching at the American University in Beruit, Ray has been enjoying "Zadok" (the name given by German meteorologists to the weekend's withering heatwave) with us, and suffered as well through last night's largely lethargic World Cup finale as we sat, engulfed in humidity, at Silke Arp Bricht's "Oberdeck" foyer. If I ever finish the running order of the Refusal box set, Ray will be penning its accompanying booklet. Herr Brassier is also now one of the handful of living humans with a copy of Boat Of's super-rare Mix Pentacost(e) compilation, released in an edition of six (!) C-90s by Don Fleming's Big Circus imprint in 1983...

So, to the headline - Don Fleming's mix of The Cortège will soon find its way to vinyl! Karl Schmidt designed the sleeve. Chris Grier will take the production credit with DF. More details soon. Until then, here's the cover: 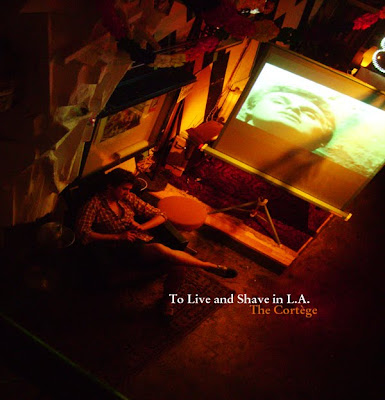 The second album in the series, Épuration (Cortège version), will follow soon, on compact disc, courtesy of Roggbif.

Okay, gotta run. Ray's off to go sightseeing, and I'm heading off to my next class.

p.sparrow said…
Nice to see progress. Looking forward to hearing this on vinyl. I imagine I have already heard the other version mentioned though?
11:19 PM

Yeah, I'm sure you've heard just about everything, and then some!

Check back, either privately or here, for progress reports.