Getting to Know Your Recent KSV Releases, Pt. 0...

Off to work in a tick, so I only have time to provide a teaser. 72 Hours (KSV 115) was an attempt to re-write, divert, deflect, and redirect the "ambient" canon. As indicated by the title, it was a three-day piece, one intended for listeners suffering from an illness. The text wasn't meant to be mollifying, but I hoped that a restorative effect might be conferred through the textual loops and obstacles encoded into a purposely wry narrative, one primarily concerned with fumbling, obsolescent bureaucracies. 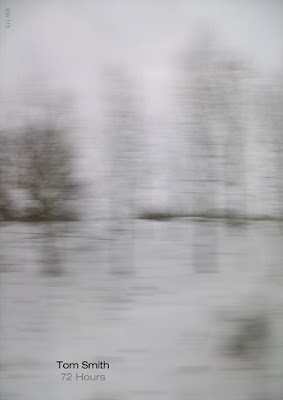 After the initial flurry were sent out, I deleted the assembly versions (which sprawled over 650 GB of hard drive real estate) and kept only the master vocals, the room tone recordings, etc. Feedback was excellent, job well done.

Then, less than a month ago, two very loyal KSV enthusiasts reported they'd not received their shipments.

I'd had a few things go missing in the mails before, but this was quite a blow. No stress re replacing the lost items - that's my obligation. But, as you might now gather, it meant recreating the laborious process, twice. Once for a customer who'd ordered the 72-disc version, and another for one who'd paid for the two-disc mixdown iteration. The latter has to wait on the former for completion, so these last few weeks have found me slouched over my workdesk on a fairly constant basis.

The more I listen to it, however, the more pleased I am with it.

It's meant to be listened to when one is at his or her weakest.

I recorded all the vocals when I was ill. Two sessions, both in 2010 when suffered from particularly nasty colds. And, after the KD/TS tour, I found myself with bruised vocal cords, so as I recovered, I re-cut a few of the segments for the customers whose orders had apparently tumbled into the Mid-Atlantic Trench.

And, the album comes with a 72-page book of wintry, slightly queasy photographs.

Who loves you, baby?

Off to the Hauptbahnhof.

Jared Wells said…
I take it that, in future KSV open-vault weekends, the two-disc iteration will not be offered? Damn - don't know how I missed this one!
12:11 AM