Fan Death have announced their official release date for the vinyl version of The Cortège: August 30th.

Songs by yours truly (with the exception of one co-written by Mark Morgan and myself), performed by many members of the 2007 TLASILA collective, associate produced by Graham Moore, Gaybomb, and Rat Bastard, exec produced by Chris Grier, with an essay penned by Nihil Unbound author Ray Brassier, a sleeve photographed by Karl Schmidt, the overall design supervised by Tobi Prinz, original recordings engineered by Matt Azzarto (at Think Tank in Hoboken - cheers to Sonic Youth), and the final mix created and produced by Don Fleming.

Lovingly peruse the front cover below: 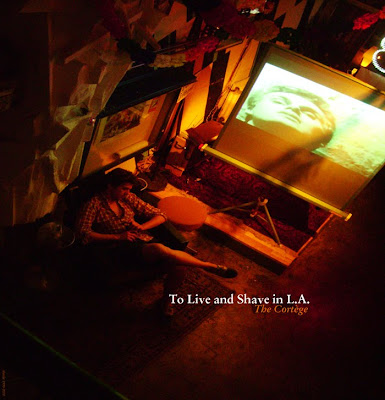 So, buy if you desire, or download/steal a digital iteration. You have my permission to act.

The CD version follows later on Thick Syrup. More on that later.