TLASILA at the Institut, Hannover

A little over a year ago, TLASILA entered the Institut to record the album now known in its final, pre-release form as The Death Truth. Post-production continued for the better part of seven months, but the four compositions that were shaped from the hours of improvisations laid down for the album are among the best we've ever done. (At least from this very biased perspective.) You'll eventually have a chance to weigh in on its merits - I haven't tried to shop it, nor was I all that convinced that it was as extravagantly good as I now believe it to be. It's about lost friends - some lost to madness, others, as the title suggests, to oblivion. We tracked it in a long afternoon session, and I returned eight or nine times to work with Willi Dammeier (the Instutut's owner) to shape and cut and erase and re-work the long blocks of sound into totems of dread. Rat, Graham, Lucas and I provided the instrumentation - Balazs was away in Hungary for that leg of the tour and was unable to return in time for the session. Here are a few pix from September 20th, 2015. 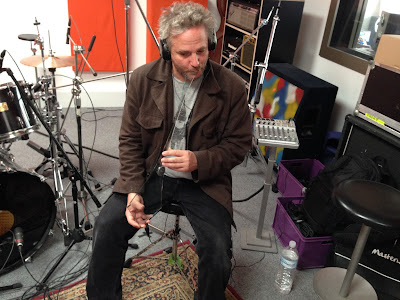 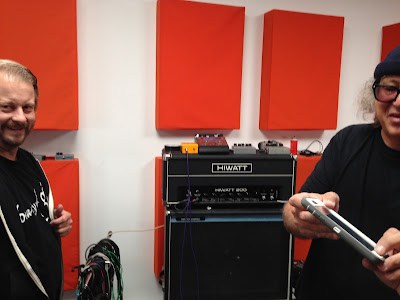 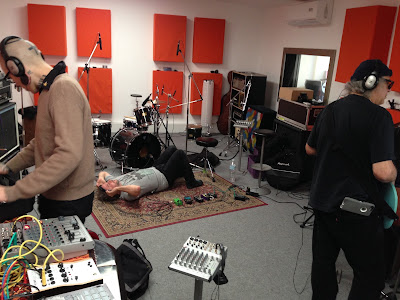 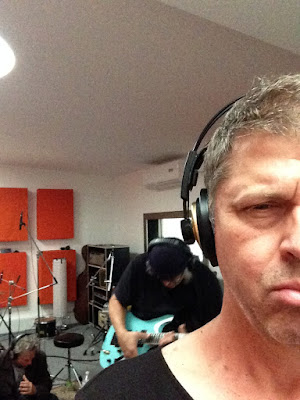 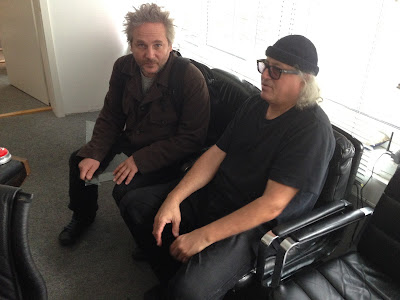 (Lucas and Rat in the control room.) 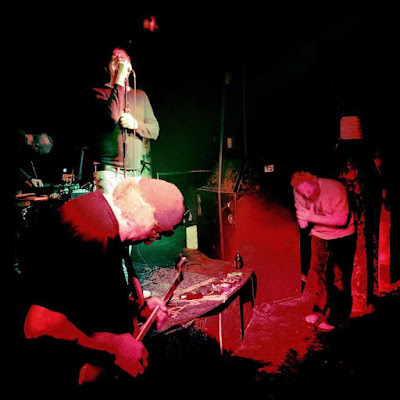