Dear Humans (and other accidental entities),

Those of us at KSV HQ sufficiently awake this bloody cold morning are pleased to announce the release of Tom Smith's new album for the Verlag, a triple lathe-cut vinyl set titled Mechanical and Visceral Form. Consisting of tracks selected from Tom's archive of recordings made between 2013-2015 at the Institut für Wohlklangforschung in Hannover, the set, limited to 13 copies, was monaurally mastered and cut in real time by To Live and Shave in L.A.'s Rat Bastard at Dan Hosker in Miami Beach. The sound quality, especially for lathe-cut vinyl, is astounding. Engineered by the Institut's Willi Dammeier, composed and performed by Tom Smith, and mixed and produced by Willi and Tom, the six pieces function as encrypted messages from a far less banal future. Non-idiomatic progress is indeed possible.

€40 postpaid via PayPal or direct from KSV Bandcamp. The digital edition is available for only €9. The vinyl iteration comes with a complementary download code. 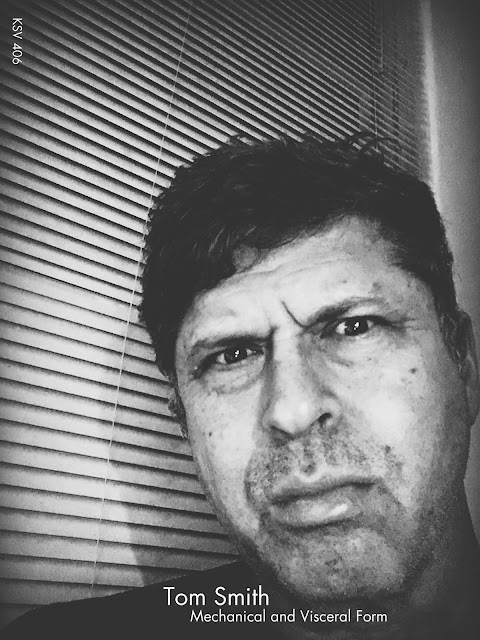