Carol Levy's cover design for the Boat Of album that never made it to fruition. She decided it should be named Salt, and so it would have been. The label that had been sniffing around weren't serious, and it's probably all for the better. We were too fucking too much for 1981. Carol's illustration has yellowed with age but the late Ms. Levy remains 100% acetylene. 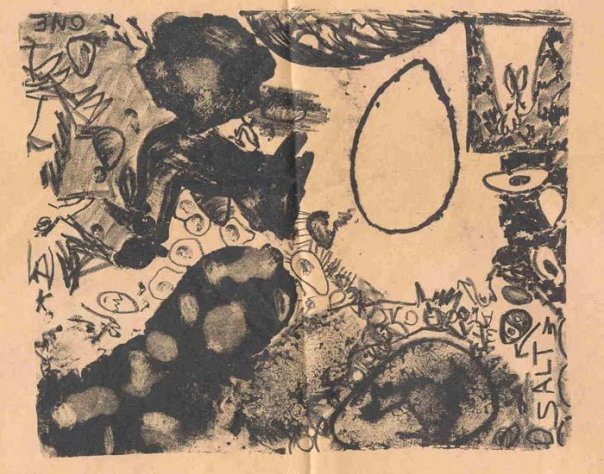