Droogs, we're back to announce the release of Merkwürdig Riechen's debut EP, Extispicium, on KSV-distributed imprint Belgian Home Optimisation. It's here, it's ready to ship, and it's been described by scribe Michael Bruns (German quarterly culture tome Testcard, et al) as

"...determined to embark on a journey into uncharted territory of ecstatic energy, which relentlessly self-destructs through an act of grinding pop-cultural paranoia. Or just picture this: Suicide meets DAF without singers but with Billy McKenzie on their minds, who realized that the ill-fitting Mark Stewart suit actually looks much better on him than previously thought."

I honestly don't know if any of that has a relation to what Merkwürdig Riechen have been doing for the past two years, but it may help the uninitiated conjure a vague outline. 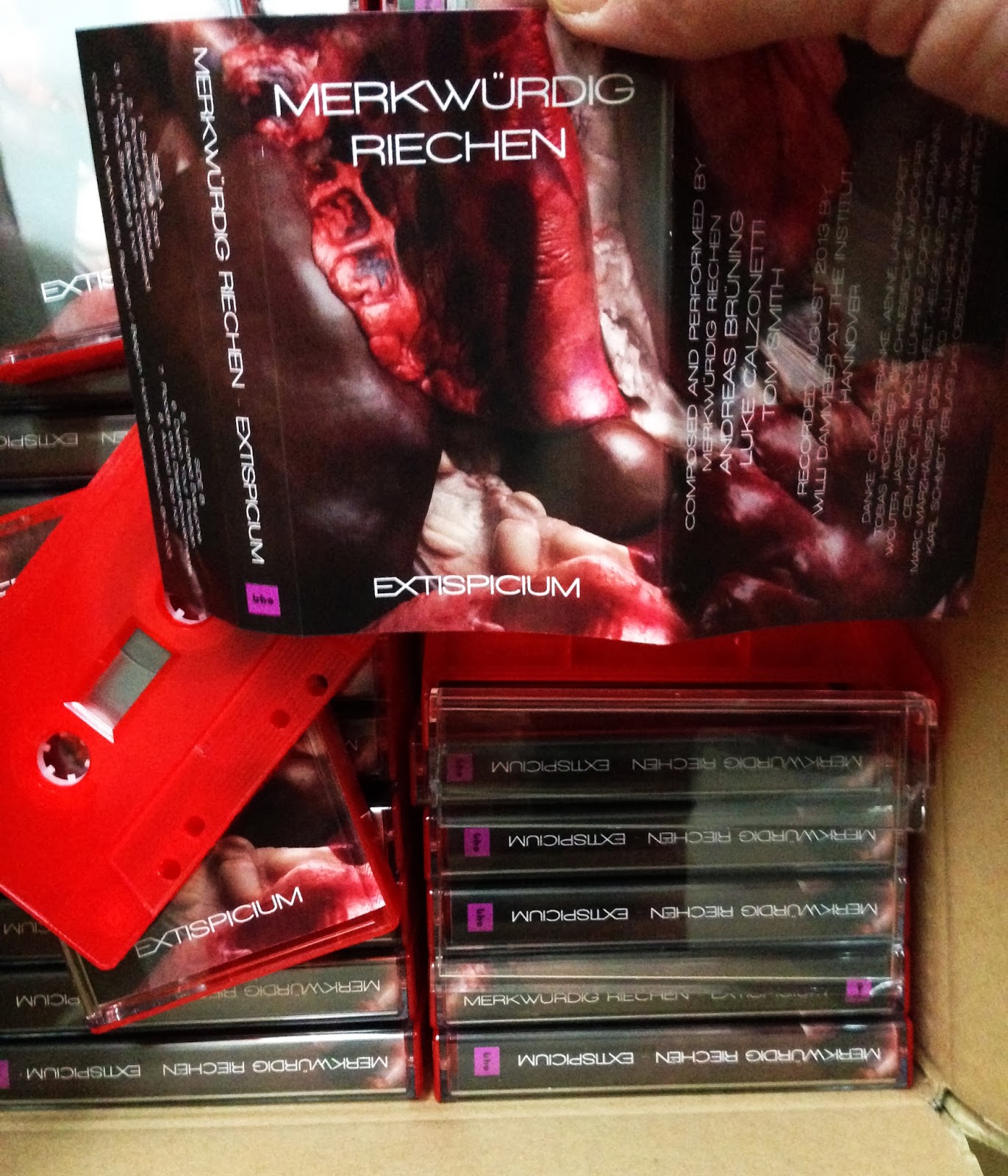 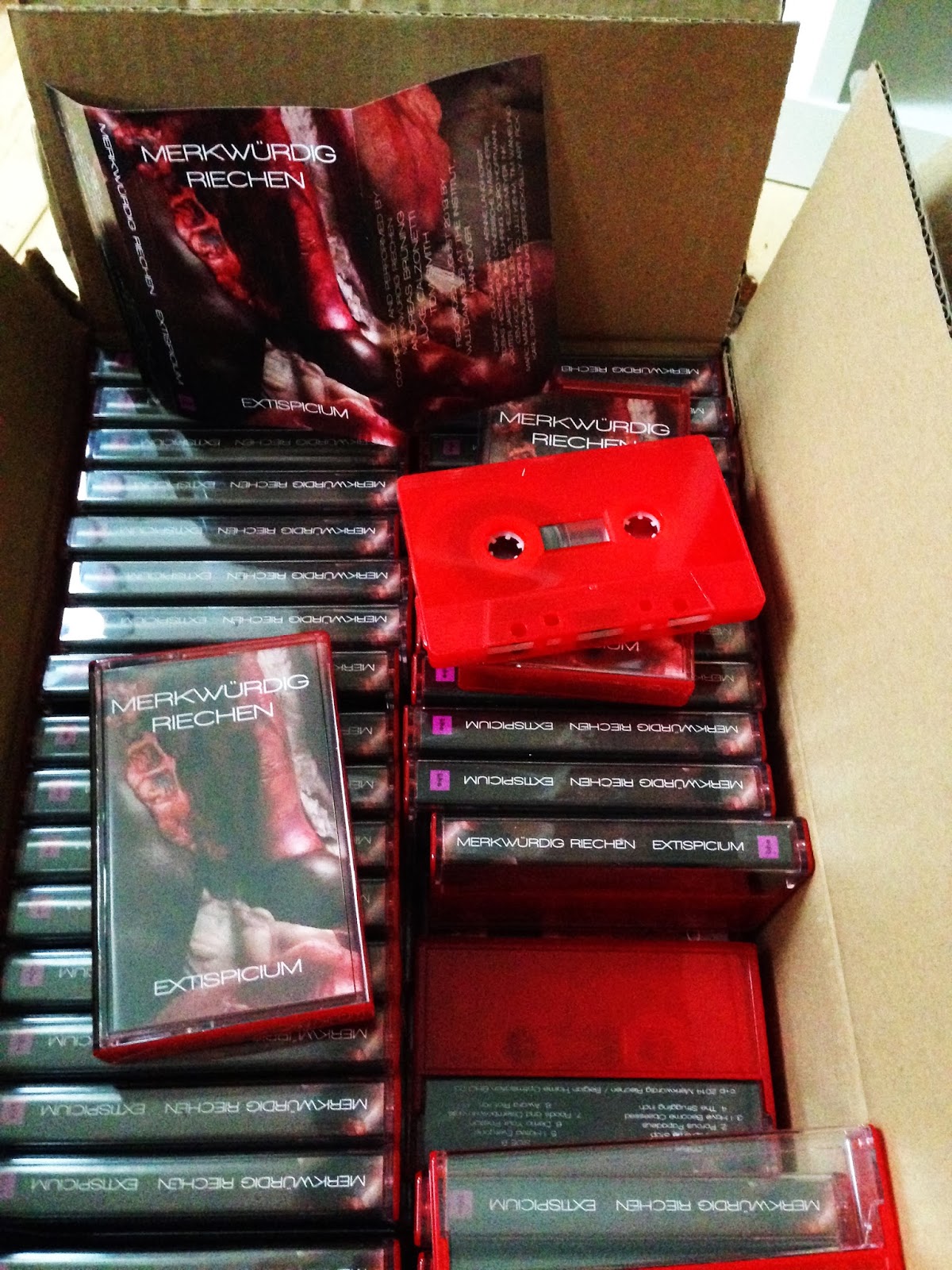 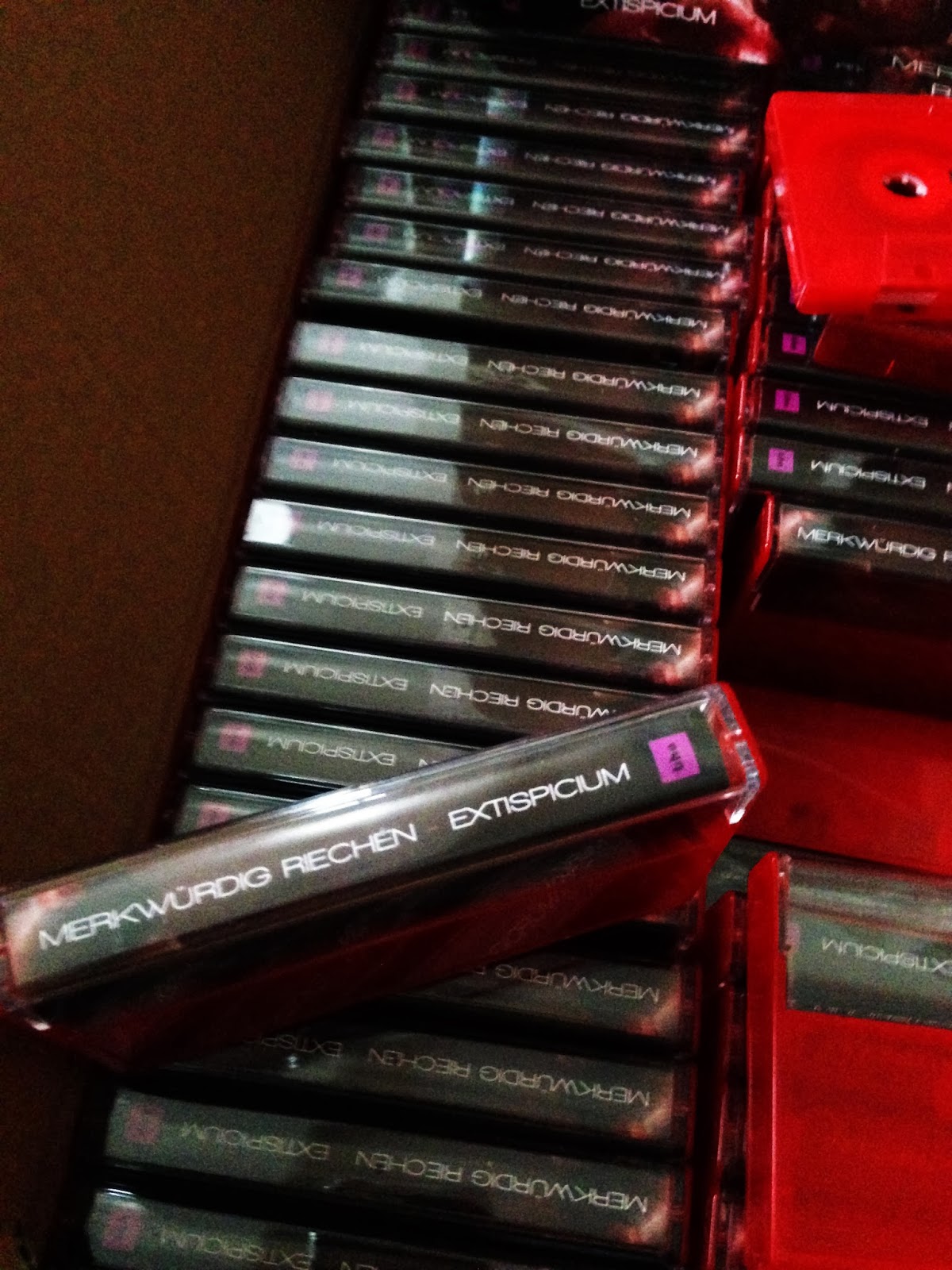