My first solo vocal performance was last Thursday at the Oberdeck here in Hannover. Cool-ass audience, intense and gratifying response. An excellent precursor to the winter tour of Europa...

Ten images from the performance may be found below. I'll add pix taken by other photographers as they come in. There was documentation galore... 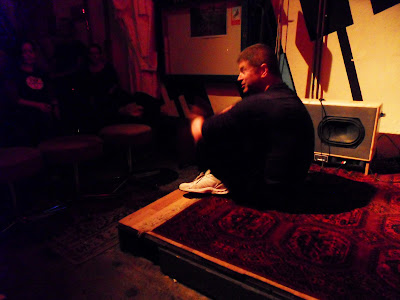 (Before the performance, chilling with the attendees... Photo by Claudia Franke.) 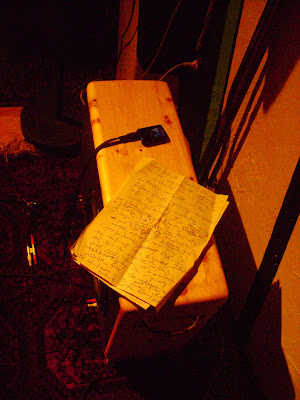 (The allowed instrumentation: an mp3 player (for the lecture segment), and two sheets of paper (my text). The amp was switched off after the presentation ended... Photo by Karl Schmidt.) 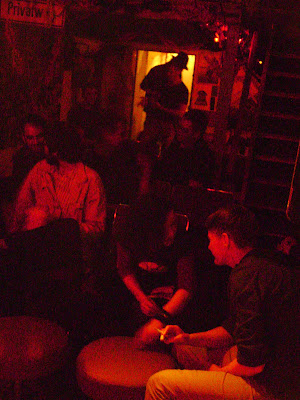 (The Oberdeck only really holds about 25 people with comfort, although I've seen 40 squeezed in there before. Almost 20 came for the solo performance, and a few more wandered in after it was over. In other words, perfect. [I was whispering for most of the performance.] Photo by KS.) 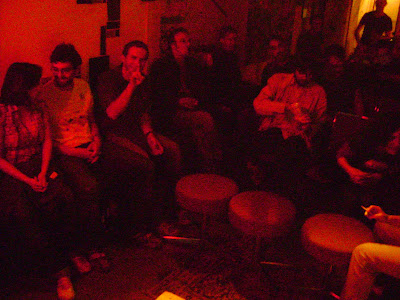 (The left side of the room, before the performance. Those three front bar stools were later occupied, or at least I think so... Photo by Karl.) 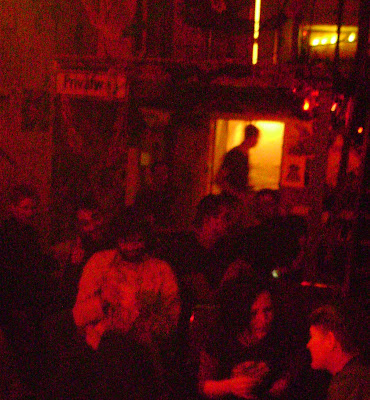 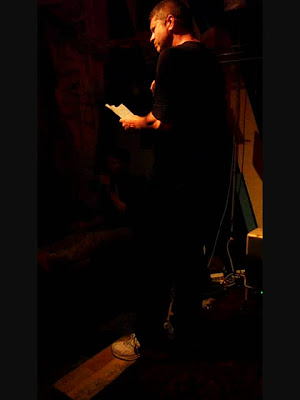 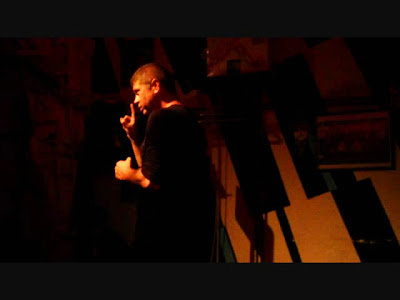 (Part One ended with an injunction and a plethora of dire warnings... Frame grab from the CP's video.) 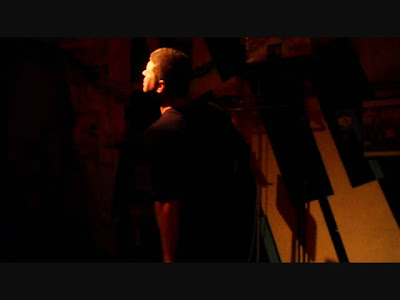 (Solo vocal. No amplification, microphones, monitors, or gear of any kind. [I was wearing very nice socks, if that's any consolation to received conceptions of raw energy...]) 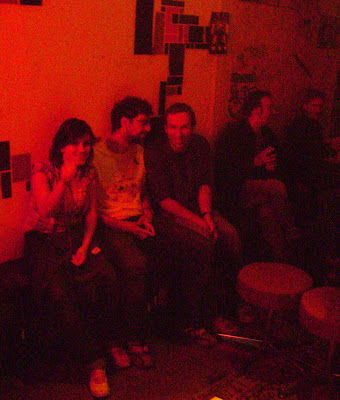 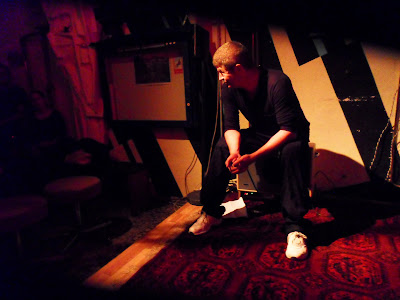 (One down, and fuck knows how many to go... Photo by Claudia Franke.)

Look for the Karl Schmidt Verlag album (KSV 100) soon. There'll also be a solo 7" later in the year featuring material performed at the Oberdeck show, as well as a related track on the forthcoming MonotypeRec compilation disc. As for the winter tour, I'll pass along date info as it becomes available.