Rest in peace Peter Bergman... Who? One of the four founders of surrealist comedy troupe The Firesign Theatre, and, in his prime, a withering wit, master parodist, audio vérité titan, and indefatigable scourge of the banal. Their thousands of hours of radio productions and perhaps now dated but nonetheless staggering albums (the first five or six especially) are an ineradicable testament of greatness. Sure, the edge disappeared by the mid-80s, but it matters not. Anyone who dips into the Firesign's work with avidity will understand. Whenever I hear the "chinchilla" bit from the 1972 album Dear Friends I still fall about laughing. 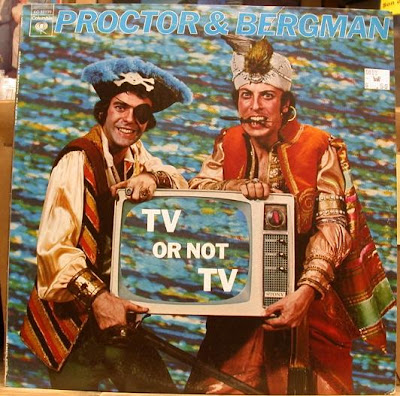 (An angular take on the sleeve of Phil Proctor and Peter Bergman's TV or Not TV album from 1973.)