We're up to episode fourteen of our R.E.M., REO, Indigo, Chicago pod/gramme. This week's digs are beautifully appointed - we urge you to visit our showroom! Go here. 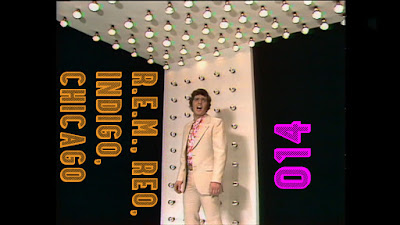 Mixed, produced and presented by Tom Smith on July 14, 2017 at KSV HQ, Hannover.

and, a bonus track:

I recommend you jump all over it.

Apropos of the series, here are my replies to some of the questions asked in regard to the program by a Spanish journalist in advance of TLASILA's upcoming EU mini-tour:

A: It rolls particularly well off a wicked tongue. And, obviously, it uses the names of four of the most dismal, prosaic bands of all time. It's counterpoint. It's the opposite of what you will find within.

2) Q: Why don't you talk between tracks? We're interested in your opinion.

A: There's no need to oversell this music - it speaks for itself. I prefer immersive experiences. No need for narration.

3) Q: Your tastes seem almost too eclectic. Why not choose a theme?

A: Well, it should be obvious that I've no fondness for a wide swathe of sound, but I'm always scouring for new things, emerging sounds, provocative ideas, arrogant displays, and older / obscure works of which I was never aware. If that's too eclectic, then I'm guilty as charged. But, there is a theme of sorts - the abrasive, flagrantly anti-rock end of the Neue Deutsche Welle. It's music I never tire of hearing, and I've programmed quite a lot of it into the show.