Well, I returned to work today, but first I had my stitches removed! 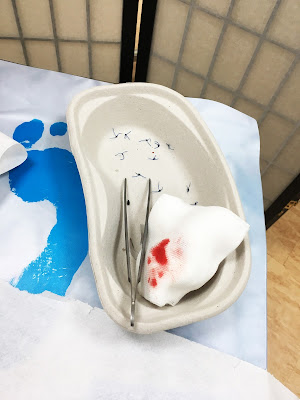 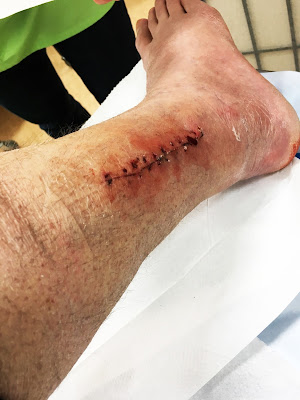 The nurse who did the honors commented on the relatively rapid healing processes that seem to be underway, but I won't be happy until I can chuck the crutches and get back to competitive power loitering. Rehearsing later with Bianca and Andreas at the Merkwürdig Riechnerv bunker.

(I realize the affected area looks particularly unsavory. It's been under wraps since the accident on February 28th...)