Looks like there's going to be a new Boat Of compilation coming soon on Hitomi Arimoto's crazed 777 Was 666 label / asylum. (For those who don‘t know Boat Of - and that’d be 99.999% of humanity - we were a mixed-gender band begun and based in Athens, GA; our music was largely improvised, built around tape edits and loops, and buttressed with normal group instrumentation, with vocals inspired by glossolalia and field-hollers, all of which varied, depending on the evening or mix of personnel (as we were a fixed collective, with members brought into the fray invitation only) from gig to gig. We were way the fuck ahead of the experimental curve, and oddly enough even received a few furtive label sniffs, but disbanded following the death of co-founder Carol Levy and morphed thereafter into Peach of Immortality.) Boat Of on 777 Was 666 is an ideal fit, as everything we did between 1979-1983 likely sounded as foreign to Athenians and Atlantans as native Japanese must have seemed to a drooling frat dolt who'd matriculated to UGA from East Cobb Hate Tech. There was a posthumous 1983 compilation titled Mix Pentacost(e) on Don Fleming’s short-lived tape imprint Big Circus, but nothing released during our low-profile heyday. Pictured, a Polaroid collage of Boat Of from 1982, featuring Carol Levy, Sandra-Lee Phipps, David Gamble and yours truly loitering near the former site of the Coffee Club, a venue where we performed disorienting sets to the odd aficionado on two or three occasions. Achtung: Mike Green, Jimmy Walker, spectral luminescences of Davey Stevenson and Dominique Amet!

V. happy about this. 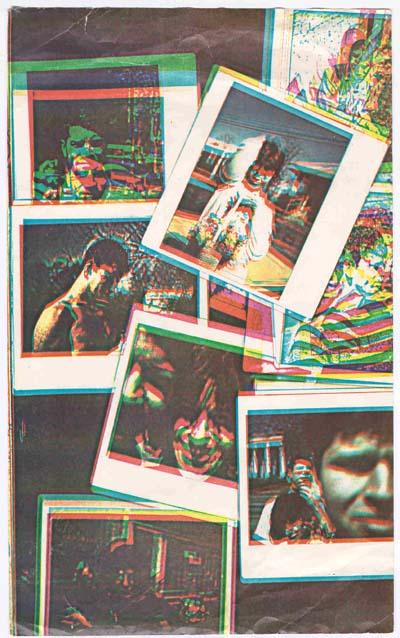