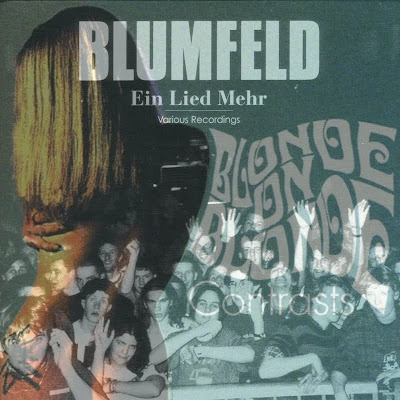 For Those About to Anon., We Conceive You...

KSV's most recent signing occurred last month in Wien, where we courted the brilliantly limned teen avant-gardists Come into My Life, Radio Edit to produce something for us. They asked if we'd mind giving the first version of their album away for free once they'd sent it in, and being the goddamned sweeties that we are, we obliged. (Et voila, the preview/debut below.) A second version of the album will appear later in the month, and that iteration will feature an all-new mix and a disc's worth of bonus material. They asked if we'd sell that version of the price of a single KSV disc, and we again agreed. So, despite the vicissitudes, something to look forward to, ja?

Composed, performed, mixed and produced throughout December 2010 by Come into My Life, Radio Edit at their studio in Wien.

Come into My Life, Radio Edit:

Below, the first live public performance of the songs we'd just finished recording for The Cortège. (We did them earlier that 2007 afternoon, if memory serves, for a WFMU broadcast, but only a few friends were sitting opposite in the control room.) Tony Conrad was in the GBBM audience that night, and he was also filming. Wonder if his take was as compelling as the one captured below (much less that of The Flicker)?

I'm looking pretty exhausted, non? It was definitely time for me to leave the States for healthier climes. Liz (aka Misty) however, was as ever rather soft on the eyes...