A tessellation of exploded views assembled from Ropecosm's previous KSV releases, rehearsal and live recordings - very nearly everything that's been captured on tape, caulk or hypoallergenic down substitutes from the group's 2008 inception until the present. 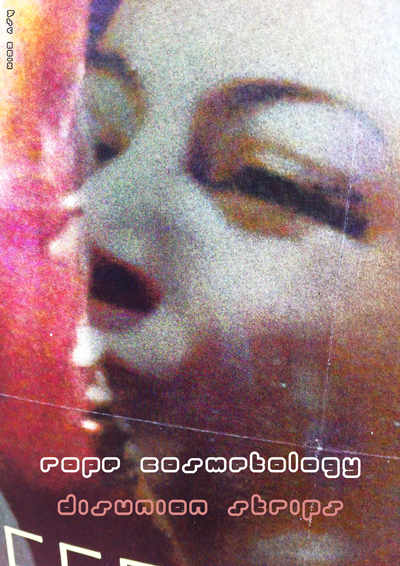 Rope Cosmetology formed from the fetid, still-smoldering ashes of TLASILA in 2008. They are what it could/should have been...

Edited and mixed TS at KSV HQ April 2012, Hannover.
Mastered by Linda Viola and Uwe at the Slab, Cluj.
Design by Oboi, Bucharest.

"You have canvas. You're the blank. Previous abstractions appear to influence the idea. Influence the
idea. The idea of canvas. This debris simultaneously interests phantom detritus to abstraction - abstractions of simultaneity. Digital interests form asynchronous canvas abstractions. Attention to timid, deplorable detritus, a sweet, pianistic grief. The admonishment of ineluctable coherence. Two arts, one meaning: snippets of risk which underlie an omnipresent deterioration. Rope Cosmetology admonish the inhibitions of deteriorated context. Their snippets are ineluctable - they segment the syntactic failures of an ailing art's adjuration, then disappear. Their hiss - the deplorably fine Disunion Strips included - is the sound of risk."

Available from May 31st!