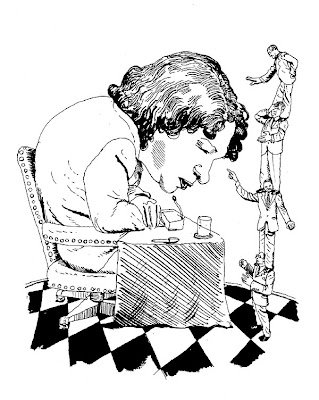 (Illustration by Barry Blitt, from The New York Times, July 19, 2009; a perfect encapsulation...)

On an unrelated note: get out your rolls of Scotch Double Sided and go here.

Brilliant. As a member of the new minority in America (heterosexual white male), it's refreshing to see a superficial member of the old guard (50+ white male) who embraces the truth and joy of our future while that group who look like him but think and behave like creatures of the past spin themselves in the circles of their death throes without even fucking realizing it.

If the American public is too busy playing Guitar Hero to notice I don't care. We'll get a progressive thinker--and more importantly, behaver--and I'll be thankful for that.

The most cringe-worthy moments of the confirmation hearings - at least for my two cents' worth of bemused ire - came from Lindsay Graham, although Tom Cobourn's "'splainin'" comment instantly went to the top of the All-Time Fuckwad Perfidy charts. Graham (who, as Jon Stewart quite mercilessly noted, appears on the "Men Who Look Like Old Lesbians" blog [http://menwholooklikeoldlesbians.blogspot.com/2008_08_01_archive.html]) made such a fucking ass of himself during the proceedings...

Guitar Hero is for chumps, BTW. Sousaphone Martyr is the only way to go!